All courses are still available for registration. Small modifications have been made to courses due to school closures in consequence of COVID-19. Click here for further information.

Back to Blog Posts 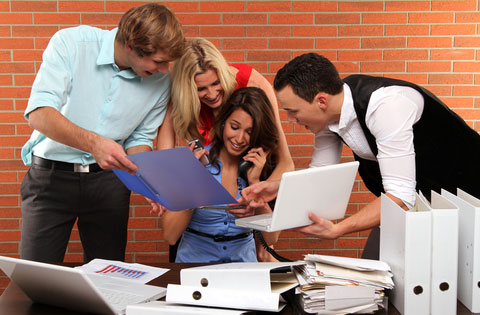 Every good teacher knows this story, you’ve been working at your school for the past couple of years and last year was your first year to get involved in an “extra-curricular” activity.  It might have been a club, sport, or even a committee within your school.

You had a great time and are planning to continue next year, but then a member of the administration approaches you.

“Hey Jen, you did a really great job with the Girls Soccer team last year.  The girls loved you and the parents couldn’t stop talking about what a great experience it was.  We’ve got an opening on the track coaching staff and would love for you to come on board.  What do you say?”

Educators are asked to wear so many hats these days.  We all know the person whose car is the first in the parking lot every morning and is often the last to leave at night.  Depending on where you are in your career, being so involved in your work might be what you want.  But if you are in a different part of your life, you need to feel comfortable saying “no”.

Telling a colleague “No” may not be the right response to every request that you receive.  But you need to feel comfortable turning down extra-curricular involvement so you don’t spread yourself too thin.

What is most important here is that you genuinely reflect on the time that you have available.  If you are coaching soccer in the spring but you aren’t involved in something during the winter or fall, then maybe a seasonal activity works for your schedule.

However, it’s easy to get over-booked if you aren’t looking at the big picture.  Here’s an example of a teacher I know.

“As a district-wide professional development opportunity, I was asked to join my school’s Differentiation team.  That went well and so the following year I decided to take on the role as the boys JV Basketball coach.  Right as the year began, we had a staff shortage and my principle asked me to head up another committee.  I was slightly stressed but I thought I could make it all work.

A few months later, I had to go back to my principle because I had realized I had made a mistake.   I was in the middle of basketball season and between leaving early for games and my two committees, there had been an entire week when I needed a sub to cover my last 2 periods of the day.  I felt like my job as a teacher was definitely impacted and I couldn’t do it anymore.  Something had to change.”

Situations like the one above happen all the time.  Remember that saying no isn’t a bad thing, in fact, sometimes it is the right thing.  It’s always better to do 1-2 things really well than many things halfway.

Strategies for Saying “No” the Right Way

Often the difficulty in these situations isn’t whether you should say “yes” or “no” to the request, but how to say “no” the right way.  Use some of the strategies below to help you communicate your decision professionally and avoid the guilt that often comes with saying “no”.

1. Focus on the Time Commitment, not your Desire
When you’ve turn someone down, their initial thoughts will often be that you didn’t “want” to help.  Many times that’s not the case at all, you just didn’t communicate the situation properly.  Here’s a phrase you should use to avoid this pitfall.

“I’d really like to help, unfortunately, that’s not something that I can commit to at this time.”

By using this phrase, you’ve shown that you WANT to help them, but that due to time constraints you aren’t able to commit to it.

2. Thank them for Asking
Saying “no” can be tough, but being the one that is turned down is often even more difficult.  When you are asked to help with something or take on a project, it’s important to understand that someone is recognizing you for your talents.  Be sure to thank them for offering you the opportunity:

“Thanks for thinking of me to take on that project.  Please keep me in mind and if my commitments allow, I’d love to help with that in the future.”

3.  Refer them to Someone Else
Saying “no” becomes 100% easier when you have an alternative solution for.  Obviously you don’t want to just refer your colleague to anyone, but if you genuinely know of someone that might be willing and capable of filling the role, then you should definitely suggest them.

This immediately takes you out of the role of being the “person that said no” and you’ve become the person that’s helping a colleague solve a problem.

4.  Be a Last Resort
For some requests, you might not be able to give it 100%, but you can at least solve the problem in the short-term.  Here’s an example, your school track team has so many kids that have signed up to participate that the AD is looking for 1-2 additional coaches.  You can’t commit to coaching the entire season, but you could offer to help organize/supervise for one week until the AD can find a permanent solution.

This not only helps the school but allows you to keep your long-term commitments balanced.

Do you have some strategies that have worked for you in the past?  Share them below in the comments. 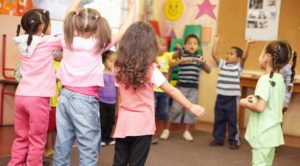 How to Incorporate Movement in the Classroom

Kids need to be active, and that’s a fact. It can be very frustrating for students of all ages to sit in 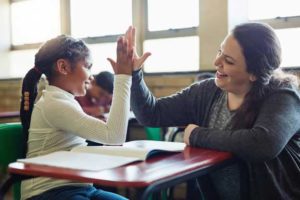 Education is full of buzzwords, and one popular trend these days is developing a growth mindset. In her book Mindset: The New Psychology 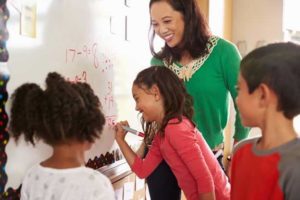 4 Ways To Incorporate 21st Century Skills in the Classroom

Dive straight into the feedback!Login below and you can start commenting using your own user instantly